Each year, towards the end of January, in the city of Düsseldorf, Germany, opens the largest boat show in the whole of Northern Europe. Boot Düsseldorf 2016 hosted 247.000 visitors from 52 countries. We got to experience the biggest and the most spectacular water sports festival. where every major European brand of the nautical field was present.

We were pleasantly surprised by the broad participation of Slovenian visitors. We were also intrigued by the numerous Slovenian producers who exhibited at the show, which was about the size of Slovenia, in fact, pretty big.

We, being ambitious, young yacht designers, could not help ourselves but start with the biggest we could get. The Sunseeker Predator 57 and Princess 30m stood out at the fair. The magnificence of these two large ships is pointed out by the large and luxurious exhibition space of their manufacturers. In addition to these two, we saw quite a few vessels using the Scandinavian concept of fast gliding between the islets of Sweden or Denmark; for example, Axopar 37, Delta and Delphia 1150 Voyage.

This year was undoubtedly marked by the new water toy Seabob, an underwater scooter or jet by Cayago AG in Stuttgart, Germany. There was practically no exhibition space, which would not be offering Seabob as an addition to the luxury boats. Seabob water sled maker Cayago has made two limited-edition designs for Princess Yacht to celebrate their 50 years of building luxury motor yachts.

The atmosphere in all exhibition halls was terrific, and, as managing director Werner Matthias Bornscheidt said: “boot 2016 was a professional party that whetted everyone’s appetite for water activities in gloomy January.” We enjoyed meeting our partners and seeing what is new that the nautical industry has to offer. 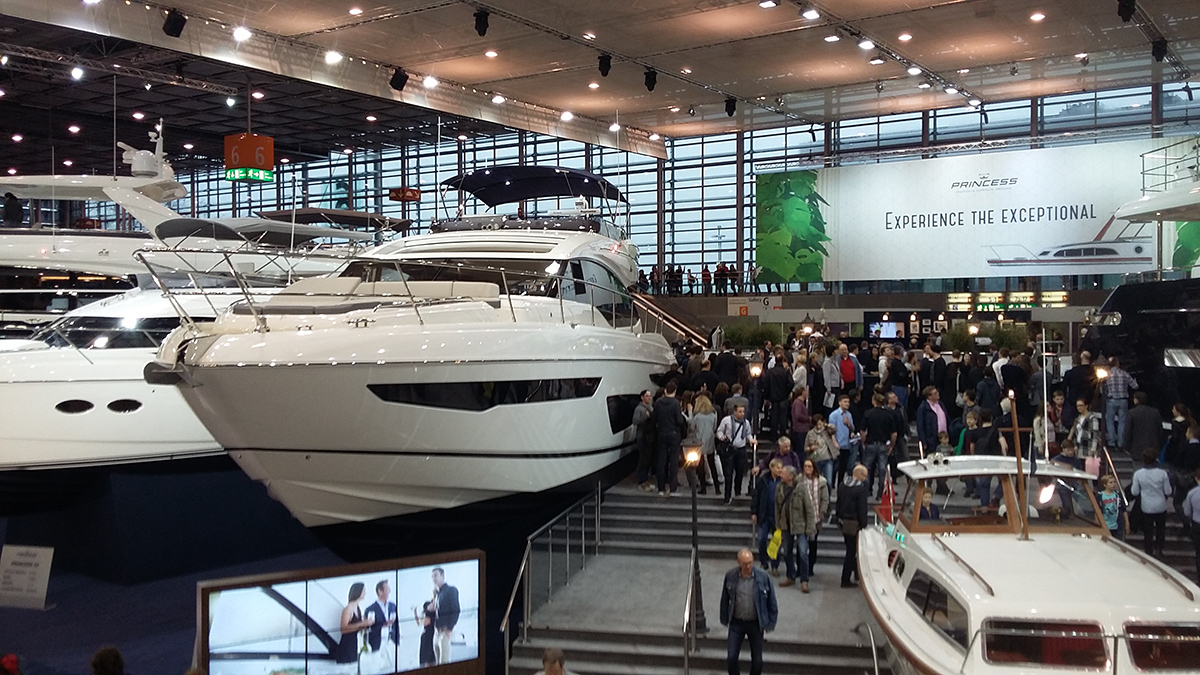 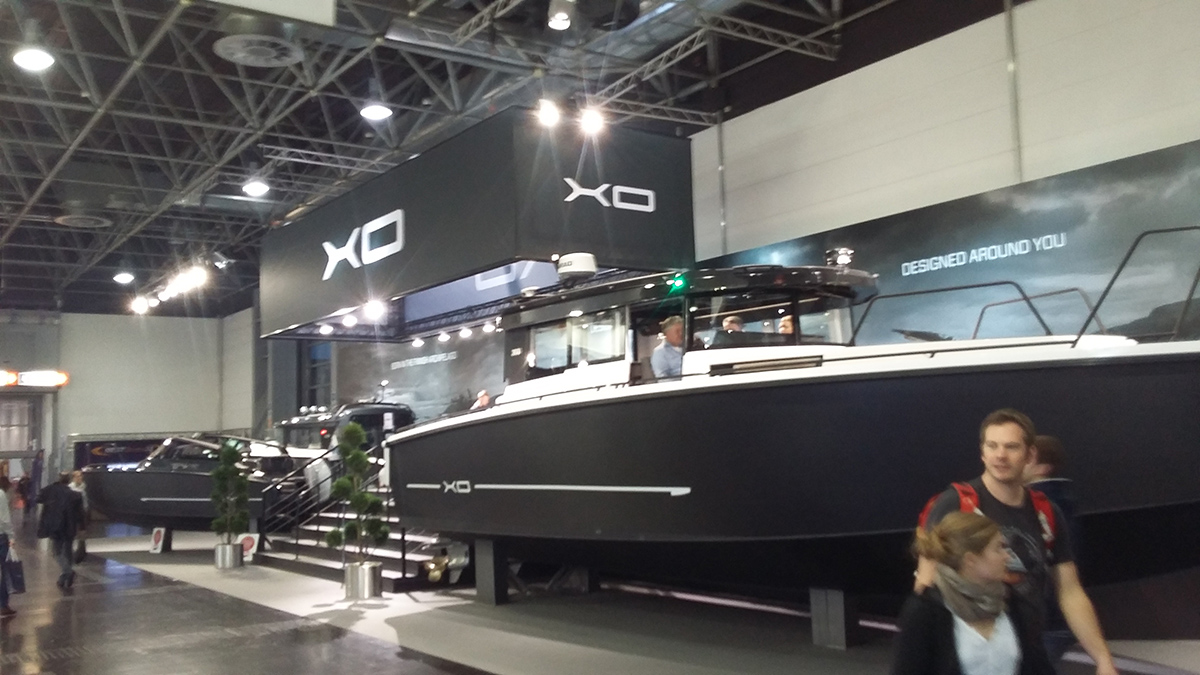 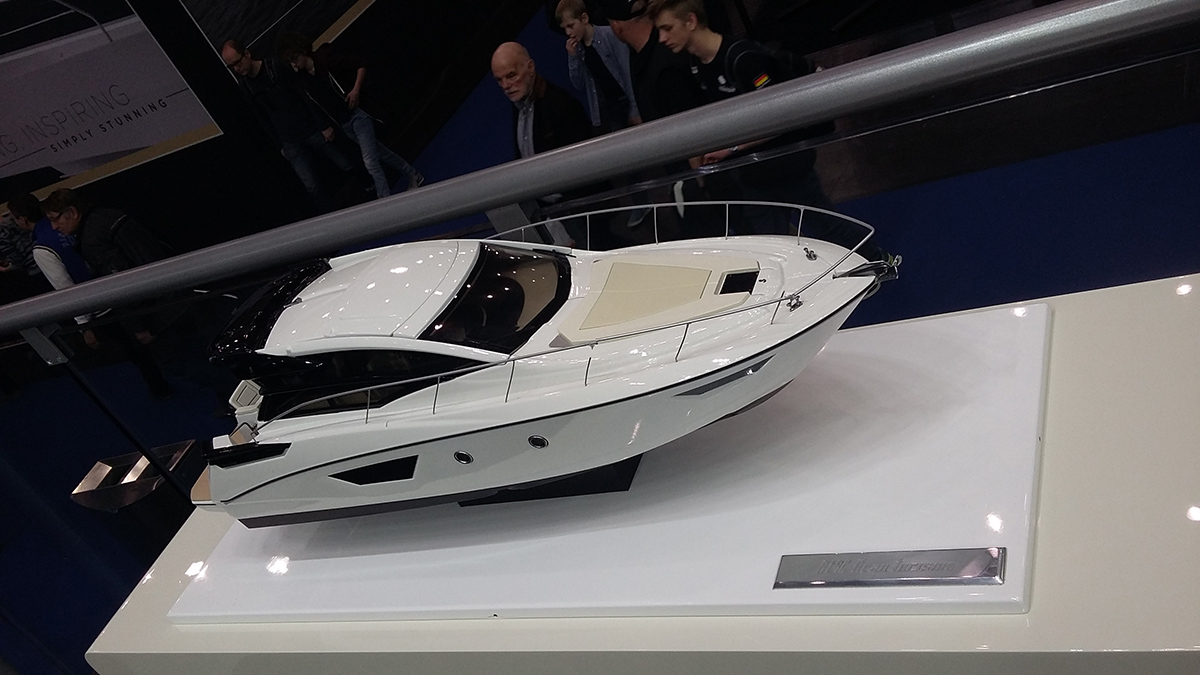 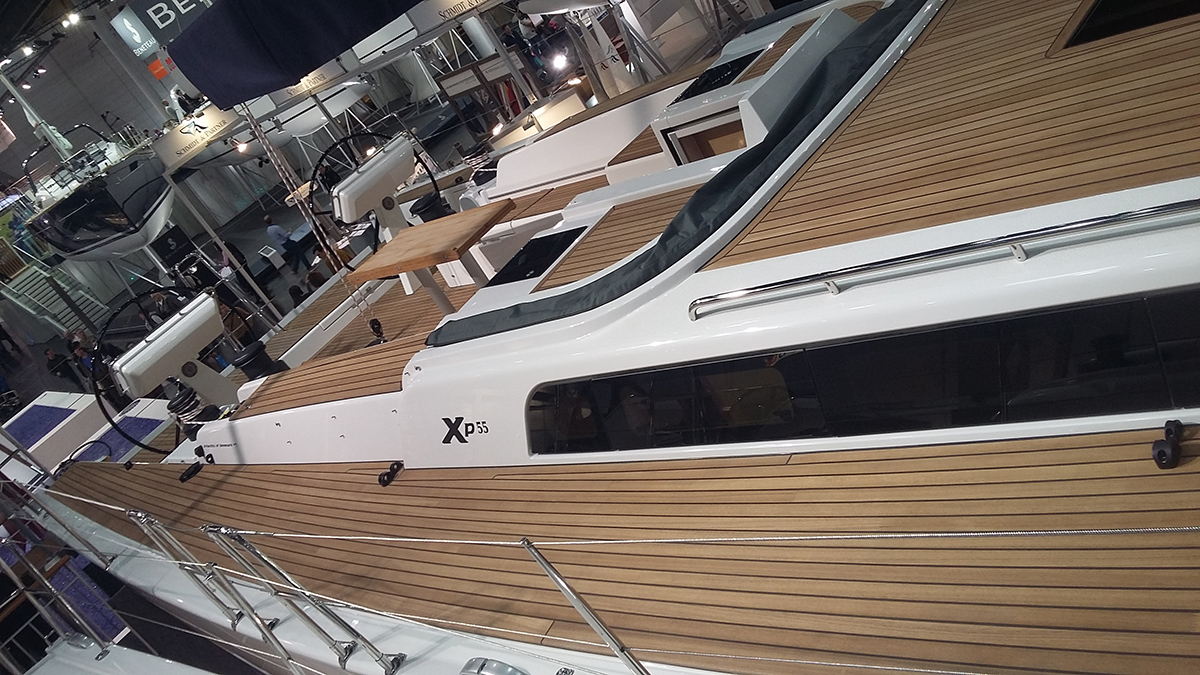 Back to news
Projects

Toggle the Widgetbar
Naša spletna stran uporablja piškotke, ki vam zagotavljajo boljšo uporabniško izkušnjo. Če nadaljujete z brskanjem po spletni strani sklepamo, da se strinjate z uporabo. We use cookies to ensure that we give you the best experience on our website. If you continue to use this site we will assume that you are happy with it. STRINJAM SE. I AGREE.