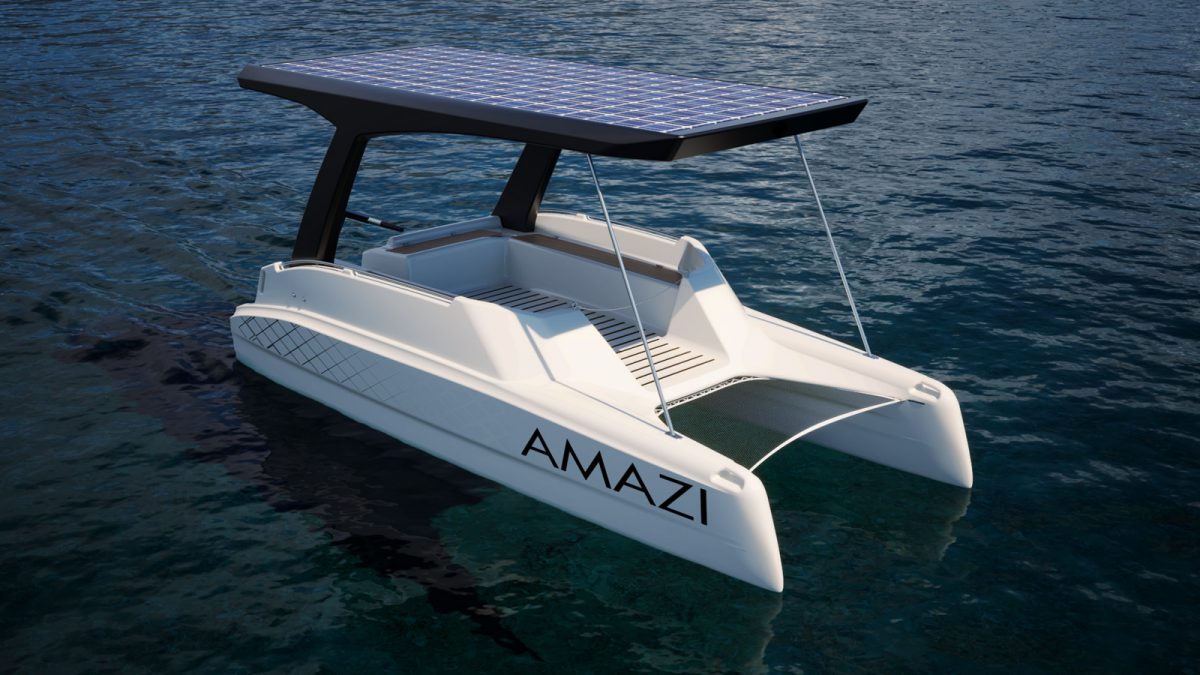 The solar-powered catamaran project started long (way) away, and I mean literally; the clients, who contacted us, are an advanced Rwandan company (Africa) that approached us with the mission of designing a vessel, which will significantly improve the way of life of the people around the Malawi, Victoria, Tanganyika, and Kivu lakes.

With a total of ​​133,000 km² and inhabited by more than 2,000 species, these four are huge lakes that indirectly feed millions of people living around the area. According to the African Great Lakes Initiative (AGLI), the aqueduct is the principal source of income for the local population. As many as 691,000 people are engaged only in fishing alone, catching more than a billion fish a year. In addition, these lakes are crucial for the transport of goods and people who access various services, industry, and social life through the lakes.

The conditions on such large lakes are unpredictable and can change quickly. The boats they use are mostly easily destructible and uncompetitive to weather conditions, which, in addition to the lack of equipment and poor communication, leads to a considerable number of deaths (around 5,000 per year in Victoria, for example). The challenge was to make an affordable and reliable emission-free vessel that would meet the needs of the locals and overcome all weather conditions on African waterways. 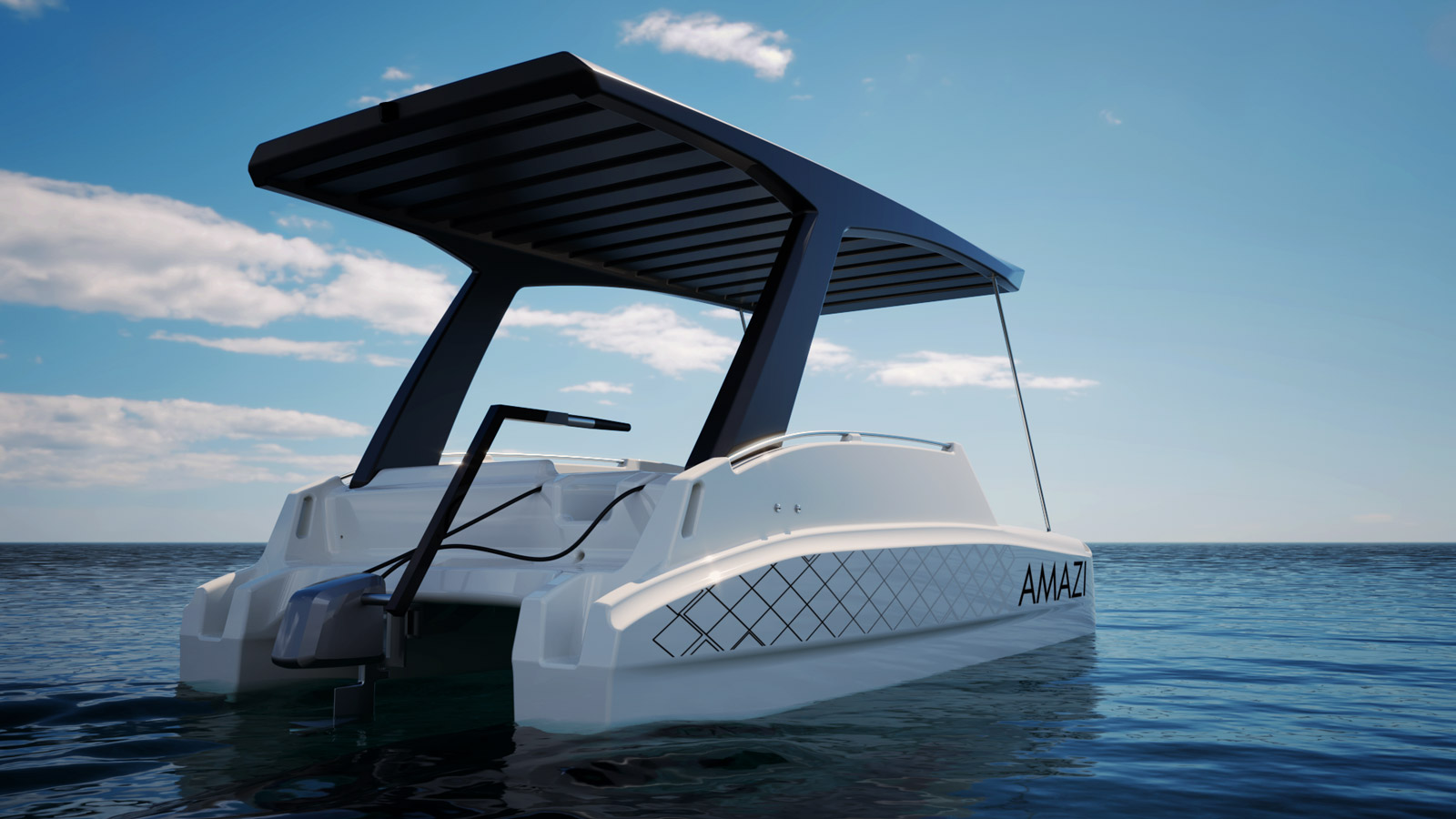 The catamaran is six meters long and has a carrying capacity of one ton. The vessel allows us to cruise at a speed of six to twelve knots, with a range of about 40 kilometers. It consists of only two parts, the hull of the vessel and the roof, where we placed the panels for absorbing solar energy. Given its exceptional strength-to-density ratio, which allows the boat to absorb a large number of shocks before being damaged, we chose polyethylene (HDPE) as the primary material of the vessel.

The boat is powered by a 6-10 kW brushless DC motor combined with state-of-the-art technology integrated into the control system and whose power is generated by a Monocrystalline Solar Array 48 V 4000 W fed through a pack of LifePO4 Batteries (48 V 100 Ah/ 200 A).

This light and extremely economical vessel has 10 solar panels attached to the roof that contribute up to 4 kW of power. The catamaran has lithium “Powerwall” type batteries, popularized also by Tesla. 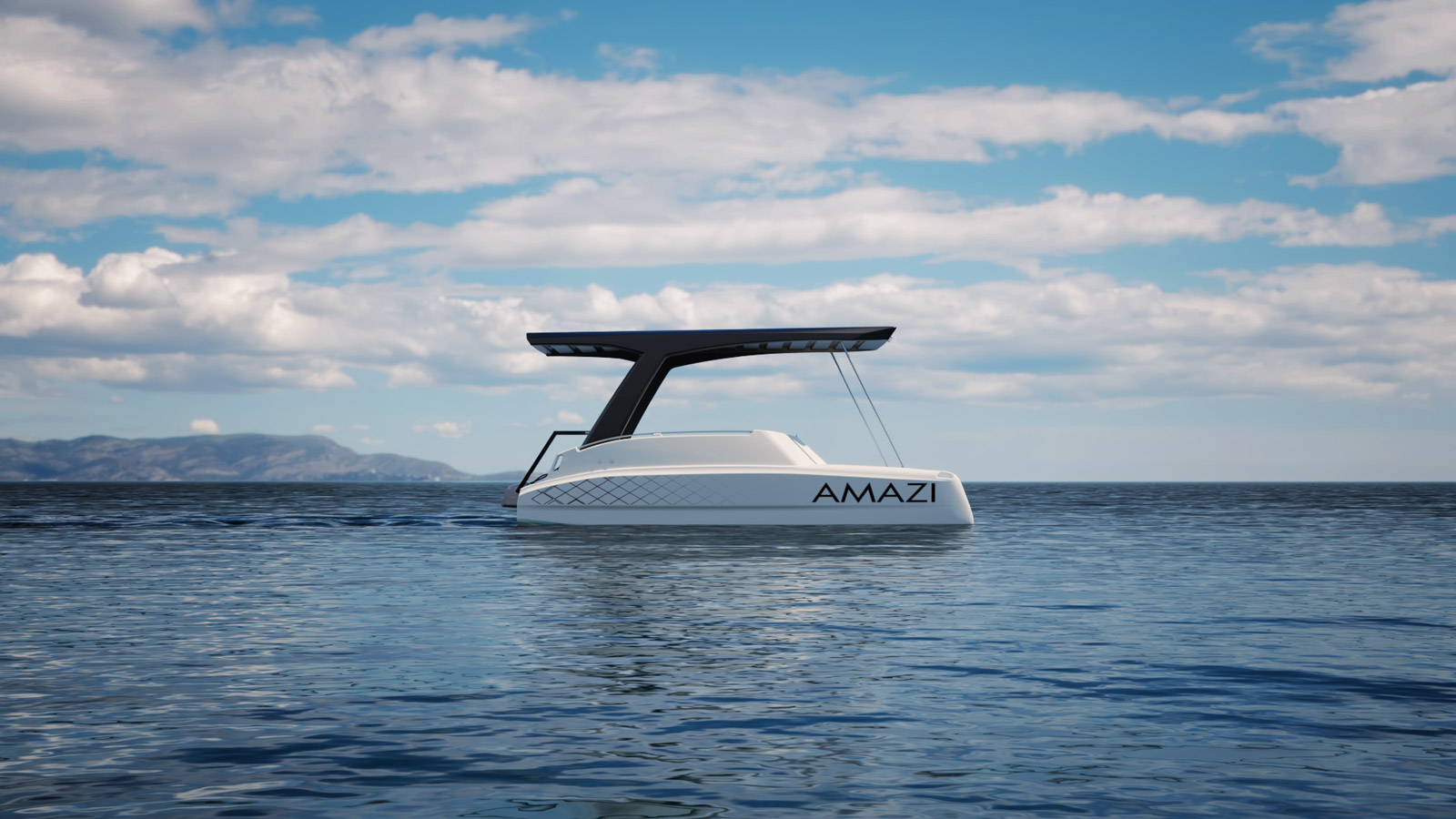 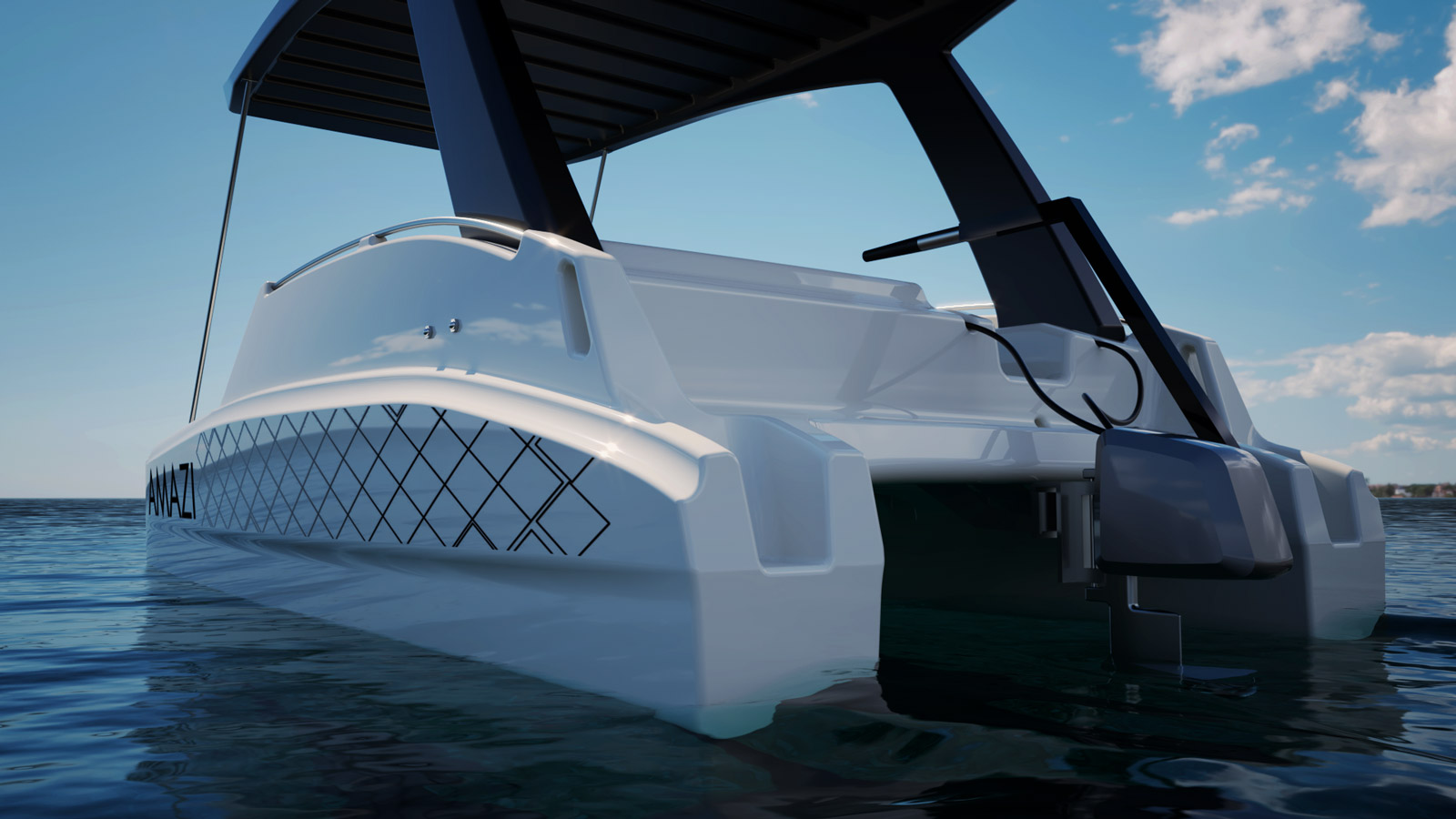 The solar-powered controller has a 10-inch smart boat display that houses the application named AMAZIAPP, which includes navigation, battery and charging optimization, range calculation, optimal speed calibration, sail home function, etc. So, the main tasks of the system are to manage solar energy input, battery storage, engine performance and power consumption along with navigation. The system provides us with all the needed information and enables a peaceful arrival at the right time. 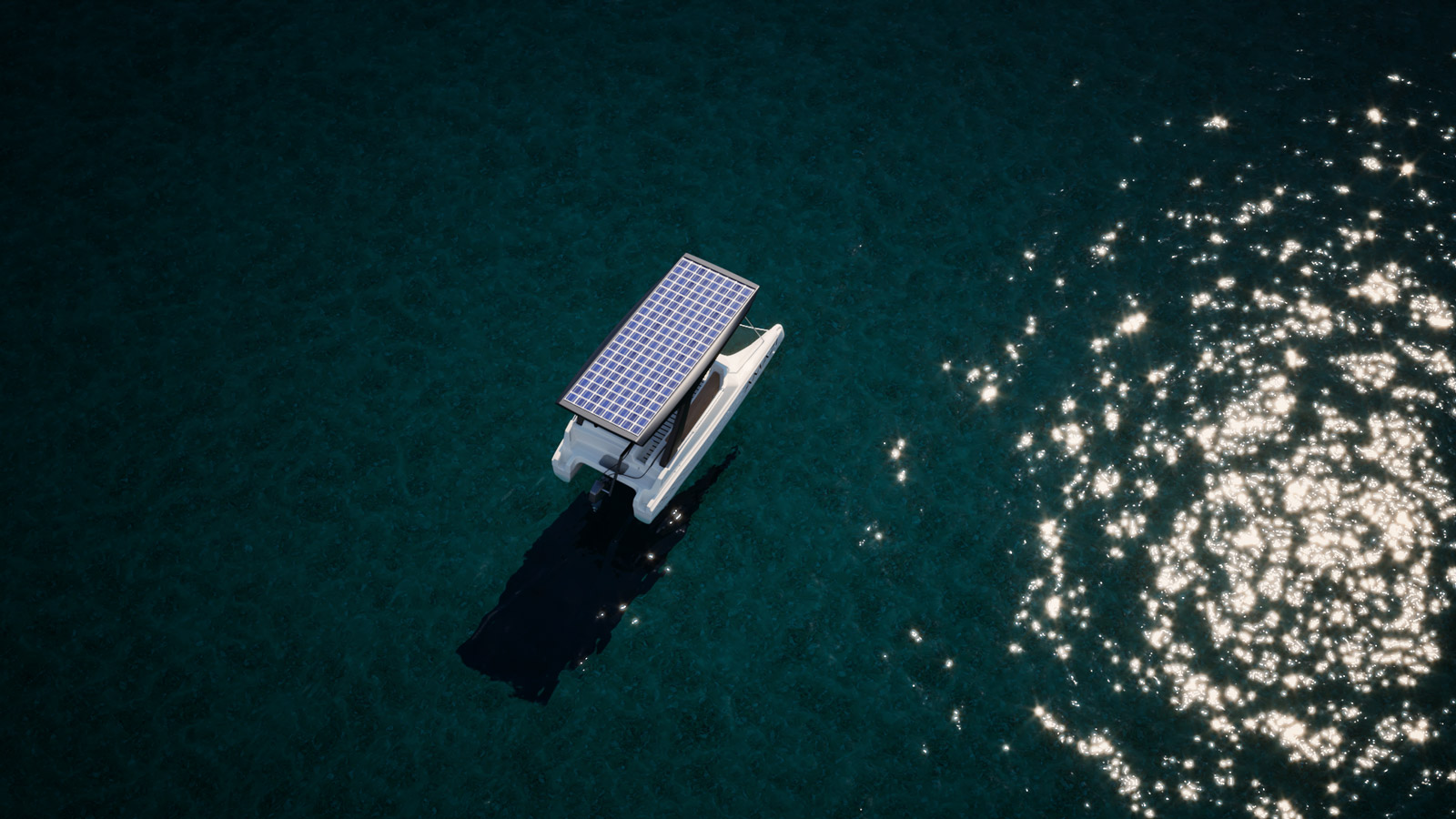 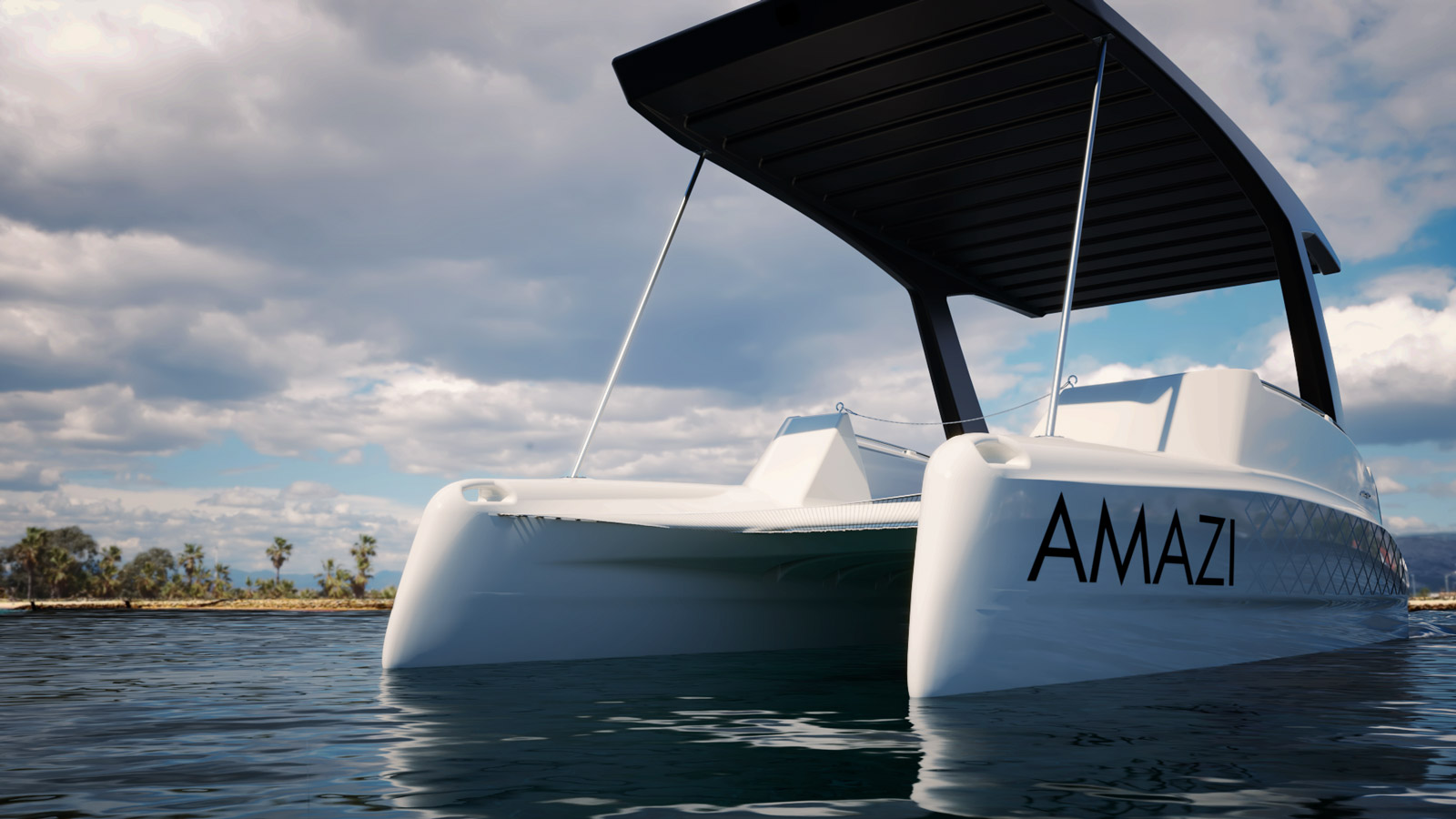 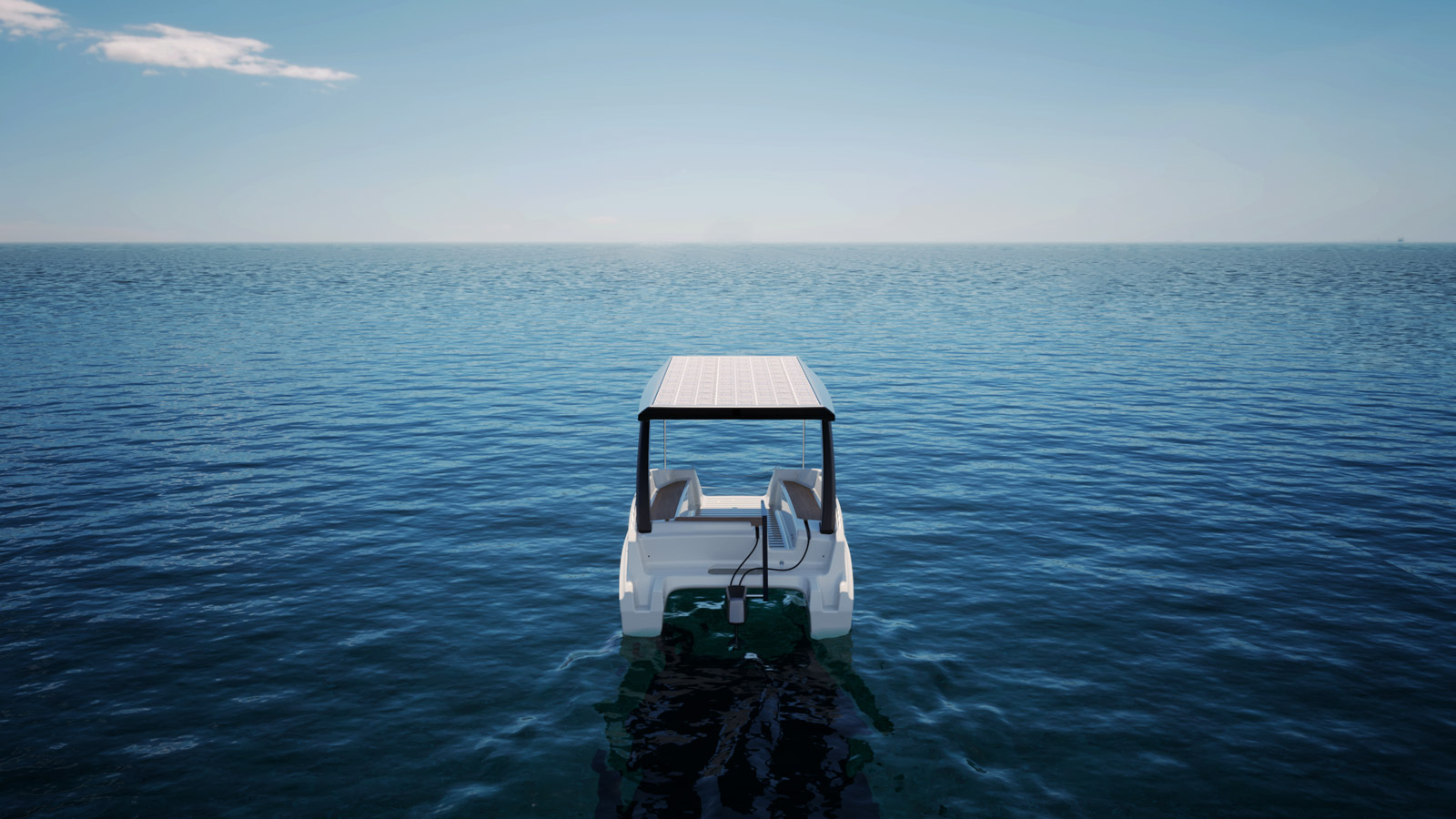 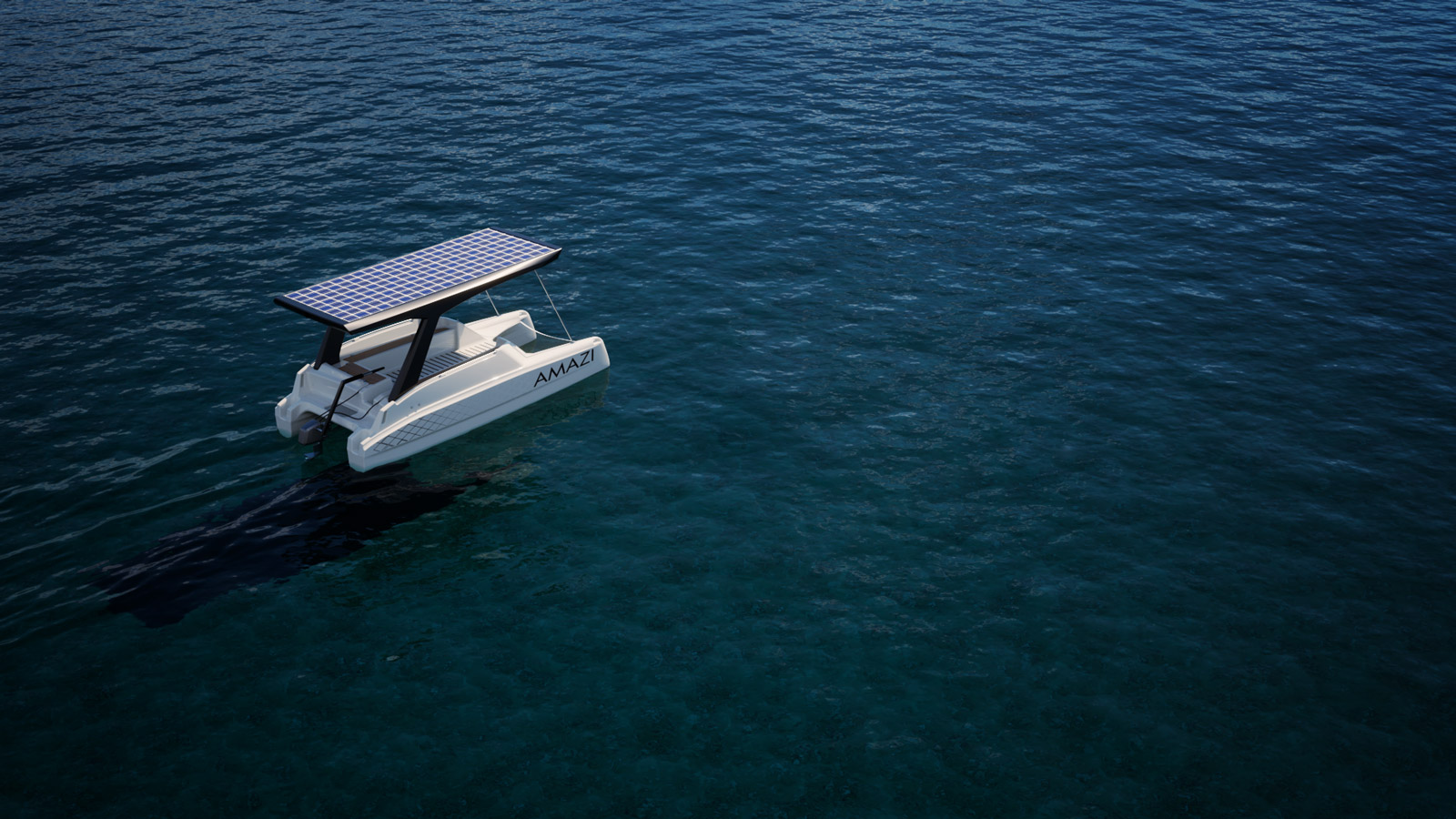 Toggle the Widgetbar
Naša spletna stran uporablja piškotke, ki vam zagotavljajo boljšo uporabniško izkušnjo. Če nadaljujete z brskanjem po spletni strani sklepamo, da se strinjate z uporabo. We use cookies to ensure that we give you the best experience on our website. If you continue to use this site we will assume that you are happy with it. STRINJAM SE. I AGREE.